Menu
A Life Changing Experience For You & Your Family 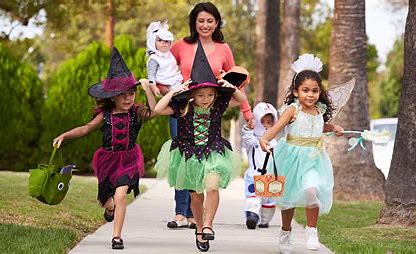 The choice to expand a family through adoption can be a joyful and positive event for many. While for others, it can be necessary to protect and care for someone they love. No matter the reason, it can be a life-changing experience for all who go through it. Laws regarding adoption are complex, but they are ultimately in place to protect the adoptee’s best interests.

We understand the complexities of adoption. Let us help your family along the path towards success!

Schedule A Consultation
Table of Contents

Who can adopt a child in Florida?

Florida adoption law has no stipulations regarding the marital status of the intended adoptive parent(s). Single, married, step-parent(s), same-sex couples, may petition for adoption. This being said, some domestic and international adoption agencies often have more stringent requirements for minimum and maximum age, marital status, and length of marriage as a precursor to adoption.

The health of the intended adoptive parent(s) is a determining role in the adoption process. Recent medical records may be requested for review to determine that the physical aspect of raising a child is supported and a stable home environment is established. Parent(s) with physical disabilities are not prevented from the adoption process as long as the disability does not prevent the individual from serving as an effective parent.

Who can be adopted?

Anyone may be adopted in Florida, regardless of age, though adoptees 12 years of age and older must give consent to the adoption unless waived by the court for the adoptee’s best interest. Proper written consent must be received from:

What is the oldest age to adopt a child?

Schwam-Wilcox & Associates is a firm you can trust to help with your adoption.

What are the costs to adopt a child?

The cost of adoption varies among the different adoption types with international and private adoptions frequently more expensive than foster care adoption. A financial review will be conducted before adoption to determine whether the basic needs of food, shelter, clothing, health, education, and developmental opportunities can be met. Allowable adoption expenses in Florida include prospective birth parent expenses during pregnancy up to six (6) weeks postpartum, court fees, advertising costs incurred by the adoption professional, birth certificate and medical record expenses, and reasonable fees for professional services involved in the pregnancy or adoption process.

What are the DCF home study requirements?

A preliminary home study is made to determine the suitability of the intended adoptive parents and may be required before the identification of the prospective minor. At a minimum, the study must include:

This study must be performed by a licensed child-placing agency, a child-caring agency, a licensed professional, or an agency described in s.61.20(2). Favorable home studies are valid for one (1) year after the date of completion and a signed copy must be provided to the intended adoptive parents who were the subject of the home study. Home study’s are waived for some relative adoptions.

How long does it take to process an adoption?

The length of time it takes to process an adoption varies from case to case and how long it takes for the intended adoptive parent(s) to complete background checks, adoptive parent training, a home study, and a finalization hearing. Flexibility is important as these steps can take three (3) months to a year on average to complete.

Following a favorable home study, private adoption requires a minimum of forty-eight (48) hours after the birth or when the hospital stay ends, whichever time comes first, for child placement. As part of the Interstate Compact on the Placement of Children, Florida requires that adoptive parents from out of state must stay in the state where the child is born for seven to ten (7 to 10) business days.

Placement is not always the final step of the adoption process. A finalization hearing may be held between three (3) months to a year after placement. Finalization of adoption can only be approved by a judge after review that all legal aspects of the process have been approved. These can include:

The adoption process may vary depending on where the intended adoptive parent(s) live. Typically, the process includes an orientation session, in-depth training program, home study, background check, application approval, match-making between minor and adoptive parent(s), placement supervision, and legal finalization of the adoption.

Do I need an attorney to adopt a child?

It is not a federal or state law requirement to have an attorney to adopt a child in Florida, though having one can make the process smoother and quicker. Adoption is a complex legal process and hiring a professional who understands the requirements and process will help guide and ensure intended adoptive parents toward success. The process varies with foster care adoption, private adoption and out of state/out of country adoptions.

Any individual may be looking to adopt in the state of Florida. They may not know the law, whether or not they qualify as adoptive parents, or if the person they want to adopt can be adopted. If you need an adoption attorney to assist in adoption proceedings in Orange, Osceola, Seminole, Lake, or other counties throughout Florida call Schwam-Wilcox & Associates at 407-245-7700, or Contact Us by completing the form below to schedule a consultation. Schwam-Wilcox & Associates is a firm you can trust, and our attorneys are ready to help you with your legal needs. The main office is conveniently located in Altamonte Springs with appointments also available in The Villages.

You have the power to choose what is best for you and your family.

Schedule A Consultation
While this website provides general information, it does not constitute legal advice. The best way to get guidance on your specific legal issue is to contact a lawyer.