CONGRATULATIONS! YOU ARE THE FATHER ………..OR ARE YOU?

We have all watched at least one dramatic episode of a TV talk show where people are fighting and trying to determine who is the biological father of a child. Remember these announcements, “The results and are in and following the commercial break we’ll 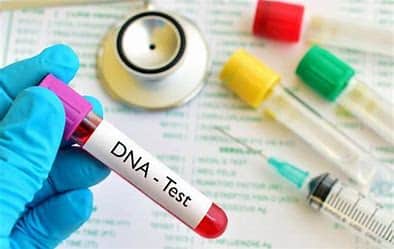 know which man on stage is the biological father of the child in question.” We know that the TV version of this exercise is filmed with scripted lines, choreographed drama and real actors. You should know the real life version of this exercise is generally quite different.
When parties are in a relationship and one party becomes pregnant it can often be the best of times; however, for some parties this situation is far from pleasant. Fathers might allege that they are not the Father, stating there is no possible way they could be the Father and, in some cases, completely abandon the relationship. They may move out of town, out of state or even out of the country. Months and years may go by before the Mother attempts to collect child support. In many cases the Mother simply applies for government assistance and does not care to have child support awarded to her but it is a requirement for her application to list the child’s birth father. As far as the State of Florida is concerned, if a Mother is going to receive state benefits then the Father needs to pay his fair share to support the child as well.
For many alleged Fathers they are upset or annoyed by the allegation that a former partner is alleging they are the Father of a child that they do not believe is their own. This is perfectly normal and thankfully we live in a world where the ultimate answer to this question is easy to obtain. Currently, Scientific DNA testing is incredibly accurate. While there are still occasional errors, most of the time the tests return very accurate results. If you have been named as the Father of a child, and you have doubts and feel you may not be the Father of the child in question, then you must act fast and have a Scientific DNA Test. You have a right to know whether this child is your biological child.
If you have been named as the Father in a court action you need to seek legal representation immediately. There are a number of steps that you must take to protect your rights and interests. Remember, if the Mother of the child refuses to cooperate and have a paternity test conducted, then you will be forced to request that the Court issue an Order requiring DNA testing to determine if you are the biological Father of the child. This process can be complex and difficult to navigate; therefore, hiring an attorney is imperative.
For more information regarding Paternity and DNA Testing issues please contact the law firm of Schwam-Wilcox & Associates by calling 407-245-7700, by e-mailing info@cbswlaw.com or by visiting the website at www.cbswlaw.com to schedule your consultation.
PrevPreviousI had a Divorce Trial: Can I appeal this?
NextForeclosure after filing a Chapter 7 BankruptcyNext

Bankruptcy may be the answer you’re looking for

It is a new year, and most people are looking for a restart. The gyms are packed, healthy foods are being served at the dinner

What should you do after your divorce?

Getting back on track There are an abundance of articles and blogs about the importance of hiring an attorney, doing your research and making sure