Cyberstalking, Divorce and the First Amendment

Cyberstalking: the repeated use of electronic communications to harass or frighten someone, for example by sending threatening emails.
When so much social interaction is via electronic means, it is hardly surprising that injunctions for cyberstalking are becoming more frequent. A recent case regarding this issue was decided by Florida’s Fourth District Court of Appeal, and it came with a twist. This case addressed the interface between unwanted cyber contact and the First Amendment. 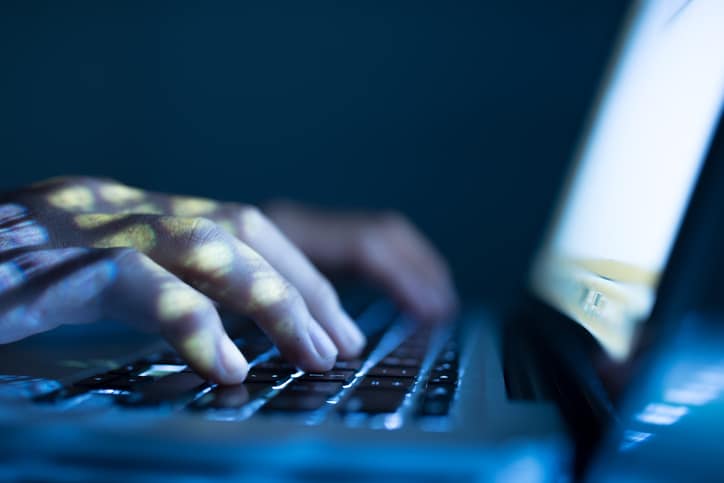 O’Neill v. Goodwin decided on June 29, 2016, is the story two former co-workers. Joseph, the Appellant, had a thing for Sarah, the Appellee. She didn’t want contact with him. Joseph complied with Sarah’s wishes and two years passed.
While in film school, Joseph gained access to Sarah’s social media profile through anonymous friend requests. Subsequently, he produced a documentary which prominently and negatively featured Sarah.
Joseph was concerned about the negative repercussions the documentary might cause Sarah and went to her house to advise her of the release of the documentary, and while Sarah admitted that the purpose of Joseph’s visit was to advise her of this film and that she never feared violence by him, she threatened to call the police if he did not leave the premises. Joseph never got to convey the complete information to Sarah regarding the film.
A few weeks later, Joseph contacted Sarah via text to let her know about the documentary. She saw the film online, was upset by the portrayal of her, and then to make matters worse, found out Joseph had contacted her friends to talk about the film. Sarah decided to file a petition for protection against stalking. The petition claimed that Joseph had threatened harm to her and her family and that he stalked and stole pictures from her social media account. The temporary injunction was granted and eventually the trial court granted a permanent injunction "barring [Joseph] from contacting [Sarah], posting on the internet regarding her, possessing a firearm, or defacing/destroying [Sarah’s] personal property."
The ruling in this appeal turned on whether or not the contact Joseph made with Sarah had a legitimate purpose. The Court of Appeal found for Joseph; they found that his contacts with Sarah did have a legitimate purpose – to convey information about the documentary that could affect her adversely. The important note about this case is the caution made to the trial court to "more carefully craft injunctions so as to balance the need for protection for petitioners with the constitutional rights of defendants." Essentially, by barring Joseph from "posting on the internet" regarding Sarah, the trial court made an impermissible prior restraint and thus violated his First Amendment right to free speech.
For more information on Cyberstalking or any other types of injunctions you can contact the attorney’s at Schwam-Wilcox & Associates by calling them at 407-245-7700, e-mailing at info@cbswlaw.com or by visiting the website at www.cbswlaw.com
Originally posted September 23, 2016
Tags: #1stamendmentrights, #Cyberstalking, #SchwamWilcox, #injunction, #protection
PrevPreviousWhy do I have to attend mediation?
NextI want to have my martial debt discharged, is this possible?Next

Extra Spending If your financial strain becomes too large you will always have the opportunity to see if you qualify for bankruptcy. Be careful engaging

Schwam-Wilcox & Associates has a virtual law firm and are committed to assisting their clients during this very difficult time. With the Coronavirus affecting our

Proposed Changes in the Law for Alimony and Time-Sharing

Lawmakers have been working on the following bills House Bill 843 and Senate Bill 1832. These “bills” are attempting to modify the process a judge has to