EXCHANGING CHILDREN FOR TIME SHARING: REMEMBER THEY ARE WATCHING YOU 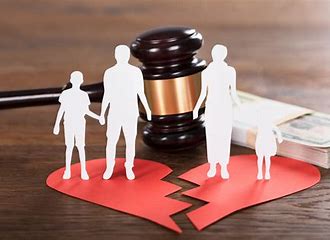 One of the most difficult aspects for parents who separate is coordinating and facilitating a peaceful exchange of the children. Seems simple enough right? Pick a time and a location. One parent brings the children to the other parent. Both leave and go on their way, elementary enough right? Unfortunately, in so many circumstances the situation is far from this fluid.
While watching television recently I saw a news story out of Oregon in which a Father was shot and killed at his child’s school by school resource officers that were present during what is believed to have started as a custodial dispute. The full details are still under investigation but initial reports allege that the Father enrolled the child in school without the consent of the child’s Mother or a court order. When both parents arrived at the school, matters appear to have escalated and two school resource officers were attempting to escort the child’s Father off the school’s property when an altercation involving the child’s Father and the officers began. Unfortunately, it is believed the Father pulled out a firearm and fired two shots in the direction of one of the officers and said officer fired upon the man, killing him. This tragedy is further compounded by the fact that the parties’ 12 year old may have been in close enough proximity to have witnessed her Father being shot by the officers as some accounts state she may have been in the hallway.
The above example is an extreme situation and my heart goes out to all parties involved; however, altercations during time-sharing exchanges and custody disputes often involve law enforcement interaction. Sometimes, law enforcement officers are necessary to enforce a court order while in other circumstances it involves two parents unnecessarily involving law enforcement when there are no grounds to justify their involvement. Regardless of the circumstance, remember that your children and other people’s children are watching and are now associating time-sharing with police interaction.
Always understand that time-sharing exchanges and the difficulties that occur during them can often be resolved with proper planning along with detailed and precise language in your Parenting Plan. Most of the conflicts that arise during time-sharing exchanges are avoidable. A qualified family law attorney can assist with making your exchanges of the children as pleasant as possible. Most importantly always be mindful that your children and others around you are observing you at all times. Even if matters escalate during the exchange, always behave in a responsible and business-like manner. Be cognizant of this reality and always work diligently to be a parent that sets the best possible example for your children.
For more information regarding time-sharing and Parenting Plan issues please contact the law firm of Schwam-Wilcox & Associates by calling 407-245-7700, by e-mailing info@cbswlaw.com or by visiting the website at www.cbswlaw.com to schedule your consultation. When you’re going through your worst, we are at our Best!
PrevPreviousIs my child’s other parent allowed to make changes to his/her extra-curricular activities after years of not being involved?
NextWhat is a Non-Consumer Bankruptcy?Next

Extra Spending If your financial strain becomes too large you will always have the opportunity to see if you qualify for bankruptcy. Be careful engaging

Schwam-Wilcox & Associates has a virtual law firm and are committed to assisting their clients during this very difficult time. With the Coronavirus affecting our

Proposed Changes in the Law for Alimony and Time-Sharing

Lawmakers have been working on the following bills House Bill 843 and Senate Bill 1832. These “bills” are attempting to modify the process a judge has to